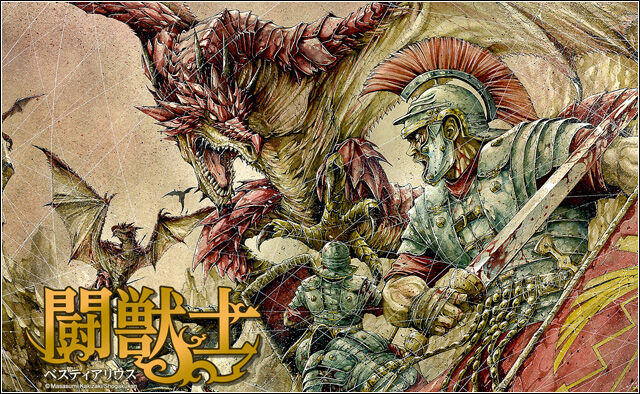 We currently have 1,115 edits to 67 articles and 191 images on this wiki.
Characters
Introduction

A.D 70 The mightiest empire Rome started conquering the world. The whole Europe was havocked by Roman's foot. In Ablion, in order to protect their homeland, the Bravest Wyvern fought a bloody battle against the invader...

The term Bestiarii (闘獣士) refers to those that fought against beasts, whether through voluntary combat or execution, during the Ancient Roman era. Bestiarius refers to a single Bestiarii.
Affiliates